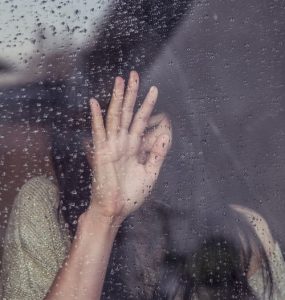 Was I mentally ill? I suppose I was, though the first time someone in my family used the phrase “verge of a nervous breakdown”, or something like it, I was taken aback. Probably I was about as far from well as it was possible to be while still going about my business: essays, lectures, friends and so forth (I was a student at the time). A broken heart – that, is, a rejection so disappointing I couldn’t bring myself to accept it – was the trigger. But it brought up all manner of shit. By the time I went to talk to a psychoanalyst, I had feelings so muddled that sharing them with anyone else would have been weird.‘After, I feel ecstatic and emotional’: could virtual reality replace therapy?Read more Eight months later, the shrink and I had somehow decided that once a week wasn’t enough, and I signed up for the full whack: 50 minutes five times a week. This was cut down to four, but I carried on going until I was 26. It was a huge help. I know lots of people who see, or have seen, a psychotherapist or counsellor of some sort, but hardly anyone has psychoanalysis. Literally, hardly anyone. There are no official figures, but I’d be surprised if there are more than 500 people in the UK currently “in analysis”, or intensive psychotherapy, by which I mean appointments at least three times a week. There are loads of good reasons for this. Non-neurotic, uninhibited people who cope well with life – family, work, money, sex, food, other people – don’t need any help. (Well done, those people.) But plenty of others, for reasons that range from obvious to unfathomable, don’t manage all that well. Some of those become ill, and mess up their lives and other people’s as a result. I think shrinks could help many of these people. Everyone should have psychoanalysis – that is, the chance to dig into their past and reflect critically on their personality, helped by a professional – if they want it.

It doesn’t have to be five times a week in a private consulting room, either. Fiercely divided in their views of human nature, psychoanalysts also disagree about what psychoanalysis actually is: just how much time and money do you have to spend on the couch for it to count? But in the real world, including in the cash-strapped NHS, therapists have developed a variety of ways of working (once a week, therapy groups and so on) that don’t take years and cost the earth. Grouped under the broad heading psychodynamic – which refers to the idea, derived from Freud but with many twists and turns since, that human beings have unconscious as well as conscious minds – their aim is to provide insight and relief from distress. The prospect of so much state-sanctioned soul-searching will send many, perhaps even most people, running for the gym, the medicine cabinet or the hills. After all, there are plenty of therapists out there and if more people wanted to employ their services then presumably they would. While there is reams of interesting anecdotal evidence about psychoanalysis, not to mention The Sopranos, clinical trials have been thin on the ground. That is changing and a recent UK government-funded study found it to be as effective as psychiatry and cognitive behavioural therapy (CBT) at treating depressed adolescents. Read more : https://www.theguardian.com/commentisfree/2017/oct/09/access-psychoanalysis-help-mental-illness

I am a psychoanalytic psychotherapist in private practice. View all posts by siteadmin